The Scarlet Soldier is not a very fancy reef fish; it isn’t the most flashy, colorful, or well-known fish you can get. However it has its own personality and will make any saltwater reef tank better for its presence.

In this guide we will describe the appearance and general information of the Scarlet Soldierfish, and then discuss its distribution, behavior, and compatibility in the reef tank.

It is a relatively small soldierfish; adults reach 7.9 inches, or 20 cm in length. As the name implies, the body is scarlet in color, although it can vary greatly in intensity depending on lighting, threat, and time of day. It looks very similar to the Pearly Soldierfish, but a defining characteristic of the Scarlet Soldierfish is a short preopercular bar that does not extend as far down as the pectoral fin base. There is a dark spot at the base of the pectoral fin.

Large eyes are present, which accounts for its other common name the Bigeye Soldierfish. These large eyes enable the fish to see as it hunts at night.

Scarlet Soldierfish are found throughout the Indo-Pacific region. They can be seen from East Africa and across the coast countries such as Indonesia, Papua New Guinea, and Australia, to the Marquesas and Mangaréva Islands of the South Pacific Ocean. It is also seen north to the Ryukyu Islands near Japan, south to New Caledonia and the Marshall and Mariana Islands in Micronesia.

In general they are found between 8-50 meters depth, however they can be found shallower and deeper. They are found on the edges of coral reefs at the drop off zone, in deep lagoons, and in caves and under ledges.

All of the soldierfish in the Myripristis genus have similar behaviors and diets. The Scarlet Soldierfish is nocturnal, hiding in crevices and under rock and coral overhangs during the day, before emerging into the water column at dusk and during the night to feed.

They are solitary hunters, and at night are seen roaming the reef searching for food. However they are found in schools during the day, hiding in caves and under ledges to escape the light of the day.

The fish can make a sound with the help of rapidly contracting rib muscles, which are found next to the swim bladder.

It is a predatory carnivorous fish, which most commonly feeds on zooplankton such as crab larvae. However they have a very broad diet, and eat crustaceans, small fish, molluscs, and polychetes. They can eat even fireworms, which can become a huge pest in reef aquariums. 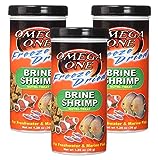 While Scarlet Soldierfish eat any invertebrate they can fit into their mouths, coral isn’t on the menu. Therefore they are completely reef safe and can be kept with both soft and hard coral, both SPS and LPS corals, and sponges.

They aren’t an aggressive species, so can be kept with most other fish. However they may consider smaller fish a tasty snack, so be careful with keeping these voracious predators with small reef fish. As they will eat any invertebrates they find in your tank, they aren’t suitable tank mates for crabs, mollusks, echinoderms, or other invertebrates. They will even eat fireworms!

As we have said, Scarlet Soldierfish aren’t aggressive, however if space is at a premium they will fight over hiding places. They need many places to hide during the day, and as such they aren’t appropriate for fish only tanks. They need many shaded areas to rest in during the day. This is especially true if the LED lighting is quite bright; they don’t do well with high intensity lighting. If there are limited shaded areas they may become aggressive defending the space.

Scarlet Soldierfish need a minimum tank size of 130 gallons. Growing to 8 inches they aren’t the smallest fish, so need plenty of space. They prefer a temperature range of 75-82°F, a carbonate hardness of 8-12 dKH, a specific gravity of 1.020-1.025, and a pH range of 8.0-8.4. A good aquarium filter and protein skimmer should be installed to ensure clean water. Regular water changes should be performed as well. Using something like the Python water changer can make this a lot quicker.

For saltwater reef tanks of 130 gallons or more then the Scarlet Soldierfish should be on your list of fish to watch. While not the flashiest of fish, being nocturnal they can bring another dimension to your tank.