Biological Filtration – All You Need To Know 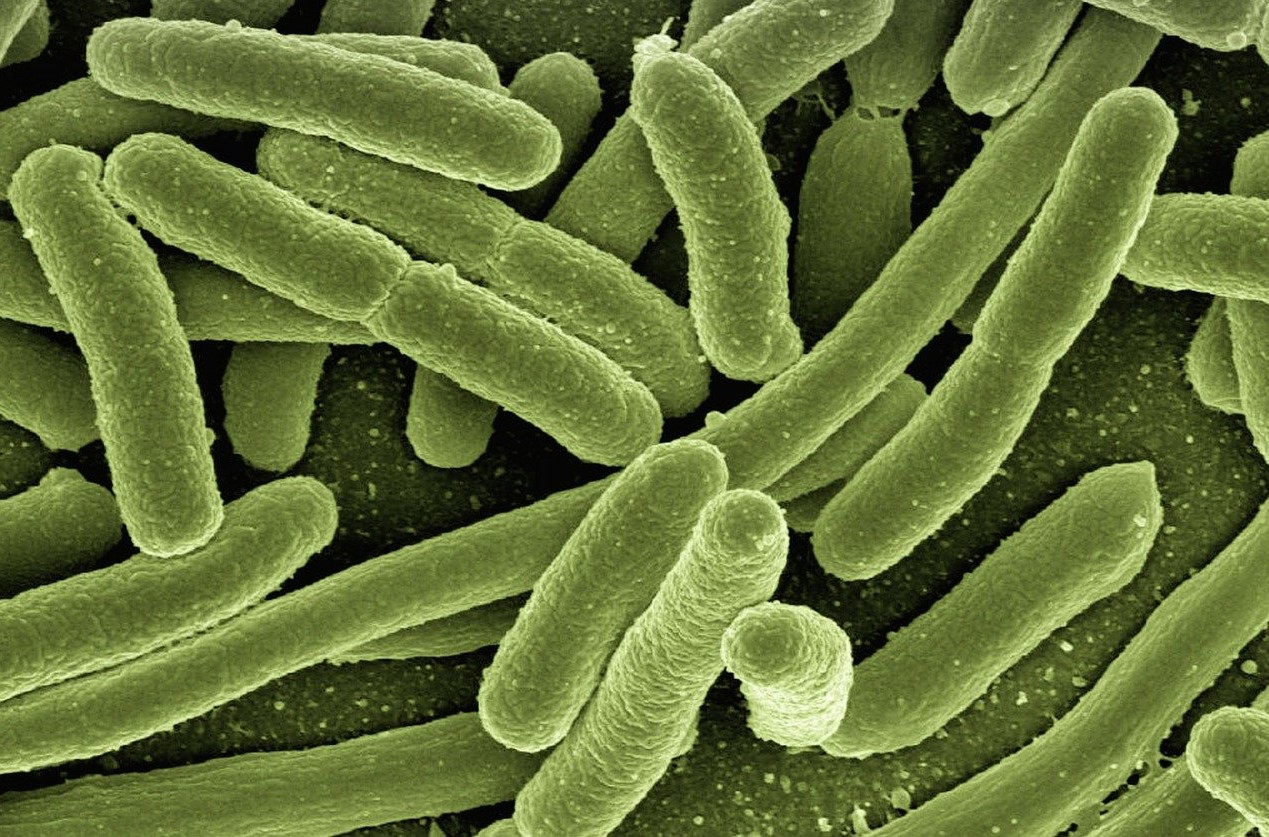 Home » Blog » Biological Filtration – All You Need To Know

Biological filtration is definitely the coolest of the three types of aquatic filtration.

It is definitely an awesome system; there is an entire ecosystem of bacteria working behind the scenes to clear your tank’s water of dangerous substances such as ammonia.

So What Is Biological Filtration?

Essentially biological filtration makes use of beneficial bacteria to remove ammonia, nitrite, and nitrate from the water column.

If left to build up these compounds can quickly become very toxic to the inhabitants of your tank. Ammonia poisoning occurs even at extremely low ammonia levels and is deadly. Nitrate poisoning occurs only if nitrate levels build up significantly, but poses no less of a danger.

The problematic thing is that these compounds are far too small to be caught by any mechanical filter media, no matter how fine it is. Which is where these amazing bacteria come to the fore. Bacteria are often seen as a bad thing; having a bacterial outbreak in your tank is terrible if they attack your fish! But these beneficial bacteria provide a great service.

The bacteria which are involved are of the same type which are found in some of the key areas of the nitrogen cycle.

The bacteria found in biological filters will transform ammonia and ammonium in nitrite, which will then be transformed into nitrate. This nitrate can be used by aquarium plants as a source of nitrogen, or it will be transformed into atmospheric nitrogen by other bacteria. Water changes are also very important in preventing ammonia spikes; water changes can be made easier using a product like the Python water changer.

What Bacteria Are In A Biological Filter?

Nitrifying bacteria remove ammonia and nitrite from the water column.

There are two stages going on here. Each stage is done by a different type of nitrifying bacteria.

The first is the conversion of ammonia (NH3) and ammonium (NH4+) into nitrite (NO2–). This initial process is done by ammonia-oxidizing bacteria (AOB). An important genus of bacteria involved in this process is Nitrosomonas.

The second process is the conversion of nitrite into nitrate (NO3–). This process is undertaken by nitrite-oxidizing bacteria (NOB). Species in the genus Nitrobacter play a critical role in this second process.

Ammonia and nitrite are very toxic to your fish, so this process undertaken by nitrifying bacteria is invaluable in your tank setup.

These bacteria, such as Thiobacillus denitrificans, are primarily active in anoxic environments; environments with a lack of oxygen. Naturally in the aquarium environment these bacteria may be found in the substrate, but to really thrive and provide substantial biological filtration you need to provide a suitable place for them to inhabit.

What Are The Best Biological Filters?

You cannot just put these beneficial bacteria into your filter, it doesn’t quite work like that.

Instead you provide an environment for them to be able to thrive. The aquarium water then flows through this environment, the biological filter, and the bacteria there use the nitrogen based compounds found in the water for their use, thereby removing them from the water column.

But what are some of the best biological filters you can use which provide a great environment for these bacteria to thrive?

We will run over some of the better options that you can choose, and some of the most common also. Ideally you want something porous and with a high surface area. A very porous object increases the area that the bacteria can colonize dramatically, thereby greatly increasing the power of the biological filter.

Seachem are a brilliant company who have a fantastic track record of producing great aquarium products. This Seachem Matrix Bio Media is no different.

The matrix is designed to have an incredibly high surface area for bacterial colonization. It is incredibly porous, meaning that each liter of matrix provides over 160,000 cm2 (170 square foot) of surface usable by bacteria.

The matrix is naturally mined and is completely inert, meaning that it is suitable for all freshwater, saltwater, and reef aquariums. As it is naturally mined you can expect some irregular sizes. You can place this media into a mesh bag inside any aquarium filter. 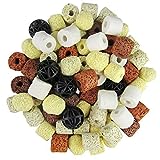 This biological media by Oufish is a mixture of six differently designed media, which each aim to promote the growth of a slightly different bacteria.

Included with the media is a mesh bag that you can use to contain the media in your filter.

These bacteria will remove ammonia, nitrites, and nitrates from the water column.

The hollow in the media enables the flow of water swiftly through the filter. It also enables anoxic environments to occur in the biological filter, meaning increased levels of denitrifying bacteria which remove nitrates. 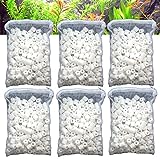 This ceramic biological filter media by Aquapapa is extremely porous and provides an extremely high surface area for bacterial colonization.

The hollow design with the central funnel allows water to flow quickly and easily through the media, providing maximum contact time with the bacteria, and allowing for many different ecosystems in the biological filter itself.

These different ecosystems provide home for multiple bacterial types, so you are provided with the most effective filtration.

Importance of Cycling a Fish Tank

As we have said, these bacteria are part of the nitrogen cycle, and work to remove dangerous nitrogenous compounds from the water column. Unless a new tank has been cycled, these compounds will build up until bacteria grow which can remove it. Fish, if put into this environment, will die.

Aquarium bacteria supplements such as Seachem Stability and API Quick Start can greatly decrease the time it takes to cycle a fish tank. This is as they add the bacteria needed directly into the tank to colonize the filters.

As with all filtration media and aquarium filters you will need to undertake maintenance on the biological filter.

Cleaning a filter is normally very dependent on what type of biological filtration that you are using. Different brands and different media have different requirements.

Some require replacement of the media every three to six months or so, while some never need replacing, only cleaning. Make sure you read what the manufacturers say is the right thing for that media.

Care needs to be taken when you clean the biological filter media. The whole point of biological filtration is to build up a colony of beneficial bacteria, so the last thing you want to be is kill them!

Only clean the media in the tank water. Don’t use tap water! Tap water contains compounds such as chlorine that are very toxic to the bacteria and your tank in general. RODI water, or distilled water, won’t harm the filter bacteria either.

So the first thing you want to do is to turn off your filter, and remove it from the tank if needed. Then remove the biological media and place it in a bucket of tank water. Rinse about a third of the media in the water. You will most likely see debris and sludge on the media, simply rinse it and shake it in the water with your hands until the dirt is gone.

Place the cleaned media back into the filter and then reattach all tubing and turn the filter back on. Once everything has been turned back on you should dose the tank with an aquarium bacteria supplement.

Biological filtration is essential in the tank environment to remove toxic ammonia, nitrites, and nitrates from the water column.

These processes are a natural part of the nitrogen cycle, and providing a place for these beneficial bacteria to thrive will help your fish tank’s water to be clear and clean.